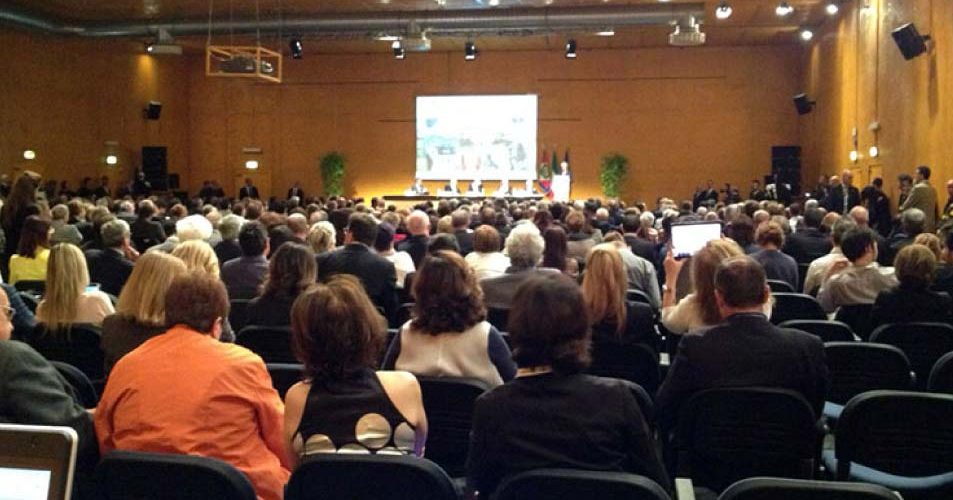 LAN High Definition on podium at the Turin Book Fair

Also for the year 2015, one of the most spacious rooms of this important event saw the presence of the highest authorities of the State and the authors of mainsails relevance.

The lectures and presentations were held in a non-acoustically favourable environment, with the imperative of having to ensure optimum intelligibility, and, at the same time, using as little space as possible for the technical equipment in the absence of suspension points.

The company that handled all the events that have occurred in the big “Yellow Room”, the Professional Congress & Sound of Trofarello (TO), has again hit the target with the sound reinforcement system consisting of two stacks of four LANarray210 each, placed on the platform at the far ends of the podium, that have covered the whole area without becoming annoying to the front rows, while a pair of LAN LH10 and two LAN ST646 constituted the infill for the central part of the first lines and remote monitoring for the podium.